Back in 1984, 3 college students in Denmark created a simple accounting system called PC Plus.  Amazingly, now more than 30 years later, millions of people log into the solution and its owned by the worlds largest software company, Microsoft.  Today it’s known as Microsoft Dynamics NAV and more recently, a cloud version is Dynamics 365 for Financials.

In 1987 the first version of Navision was released as a DOS application and was designed for multiple users using the latest in technology at the time, client/server computing.  Client/Server allowed an active program always running on the server to broker requests from users workstations.  Most software before then ran the full application on evey workstation and pulled the data over the Local Area Network or LAN.  This would often result in poor performance when multiple users ran demanding requests like reports.  LAN capacity at the time (typically at 1mb/s to 10mb/s would ‘clog’ very quickly causing software slowdowns and possible database corruption.  The advent of Client/Server design allowed for far less ‘raw’ data to traverse the LAN and greatly increased performance and scalability.

In 1995 the first Windows version of Navision was released.  In 1997 Navision began selling in the United States and one of first partners for it was the members of what is now known as Clients First Business Solutions.  You can actually find the remnants of the original site for XecuTrack Accounting Systems HERE.

Some of the founding members of Navision left the company to begin Damgaard A/S and created a solution called Axapta.  In 2000 Navision Software and Damgaard merged and the new company became Navision A/S.

In 2008, Dynamics NAV introduced its new ‘Role Tailored Client’ to make the solution have a similar User Interface to other Microsoft Office products.  Users had the option of running the ‘Classic Client’ or Role Tailored Client (RTC).

In 2013 Dynamics NAV 2013 was released and the use of the RTC or Role Tailored Client became mandatory as the Classic Client was no longer an option.

Since 2013 new release have been appearing every year or two as shown below.

In 2017 Microsoft introduced Dynamics NAV 2017 as well as Dynamics 365 for Financials.  This is essentially is Dynamics NAV running in a SaaS environment (Software as a Service) in Microsoft’s Azure data centers.  It’s initial release is designed to be a less functional faster to implement version of Dynamics NAV but may eventually achieve functional parity with Dynamics NAV which can be deployed on-premise or in the cloud by companies like Clients First. 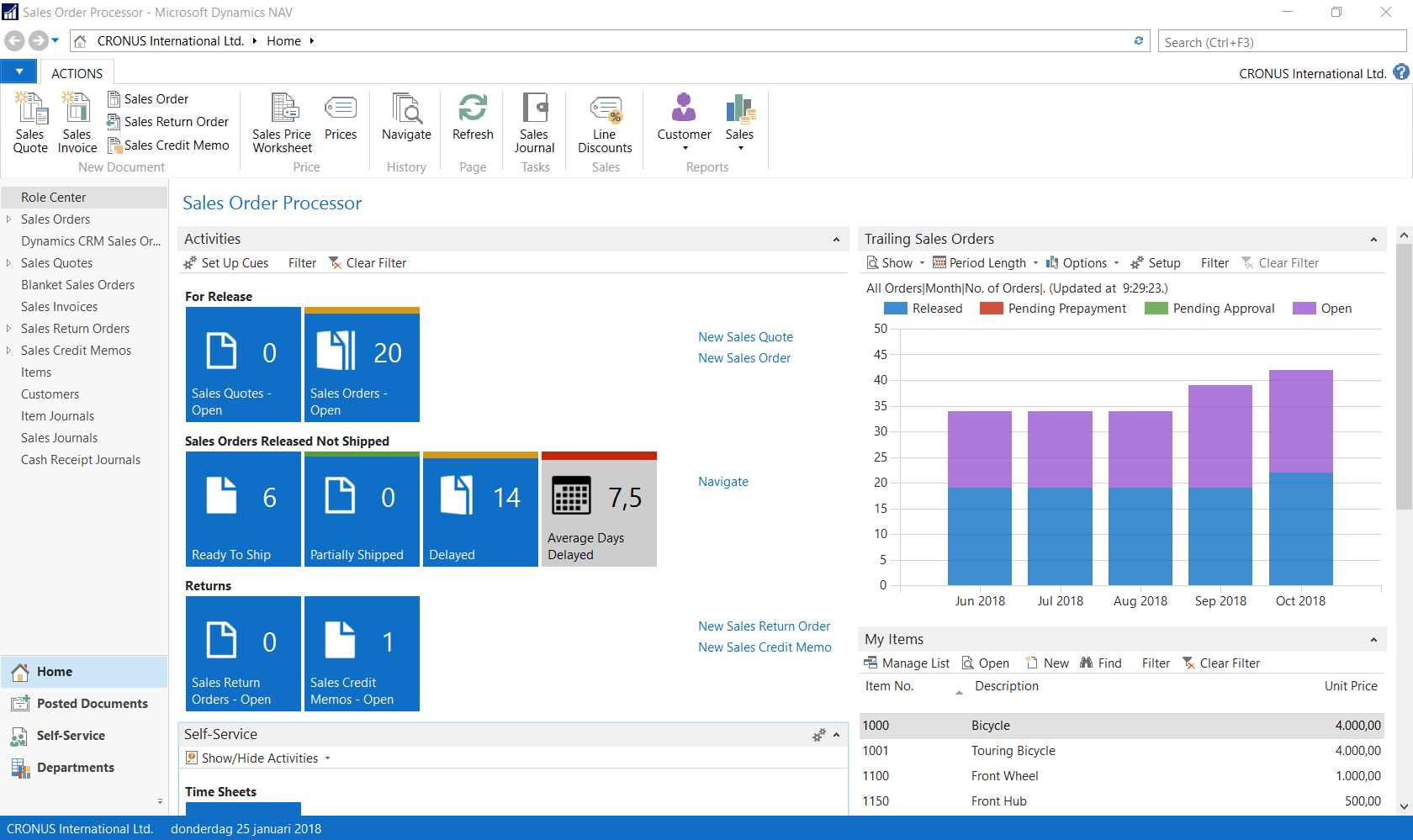 From the first Windows version of Navision on, here are the version releases:

Let Clients First Business Solutions, one of Microsoft’s oldest and largest Dynamics NAV resellers and consultants help you implement, upgrade and enhance your ERP environment so that you can enjoy the ever improving technology that Microsoft has to offer.  Just hit the Chat button Below