SAP Business One licenses are based on a named user licensing model. Each user name needs to have a license granted to it.   A named user is an employee who is authorized to access directly or indirectly the licensed SAP Business One software, which is enforced by License Policy Technical Enforcement features in version 9.0.

Employees may not share a single user name to logon to SAP Business One. Licenses assigned to a named user are not specific to a single company database.

This is not a conditional change at all on the SAP side. Take note that SAP has been emphasizing the name user licensing model since SAP Business One was introduced to the market. SAP has clearly noted in License Guide documentation that SAP is allowed at all times without prior notice to enforce and restrict the new user types in all software releases according to the contracted functionality. No rights are derived because SAP has issued user types in a license key that have more functionality than those user types contracted by the user. SAP is entitled to implement the new user types in the SAP Business One software at any time without prior notice, such that the delivered license keys fulfill the contacted licenses. Hence, this latest moved in the named user licensing model within SAP Business One 9.0 is not changing existing conditions but simply a technical enforcement of what is already noted and stated right at the beginning. 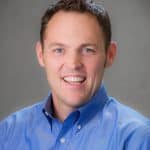 Ryan Howe is a Certified Public Accountant turned SAP Business One consultant. Leading the SAP Business One practice at Clients First, Ryan has over 23 years’ experience in the financial management and ERP industry, specializing in business analysis, relationship building, and business process optimization. When he’s not helping customers leverage SAP Business One to meet their short and long-term needs, you can find him at any Michigan State sporting event with his family – go Spartans!